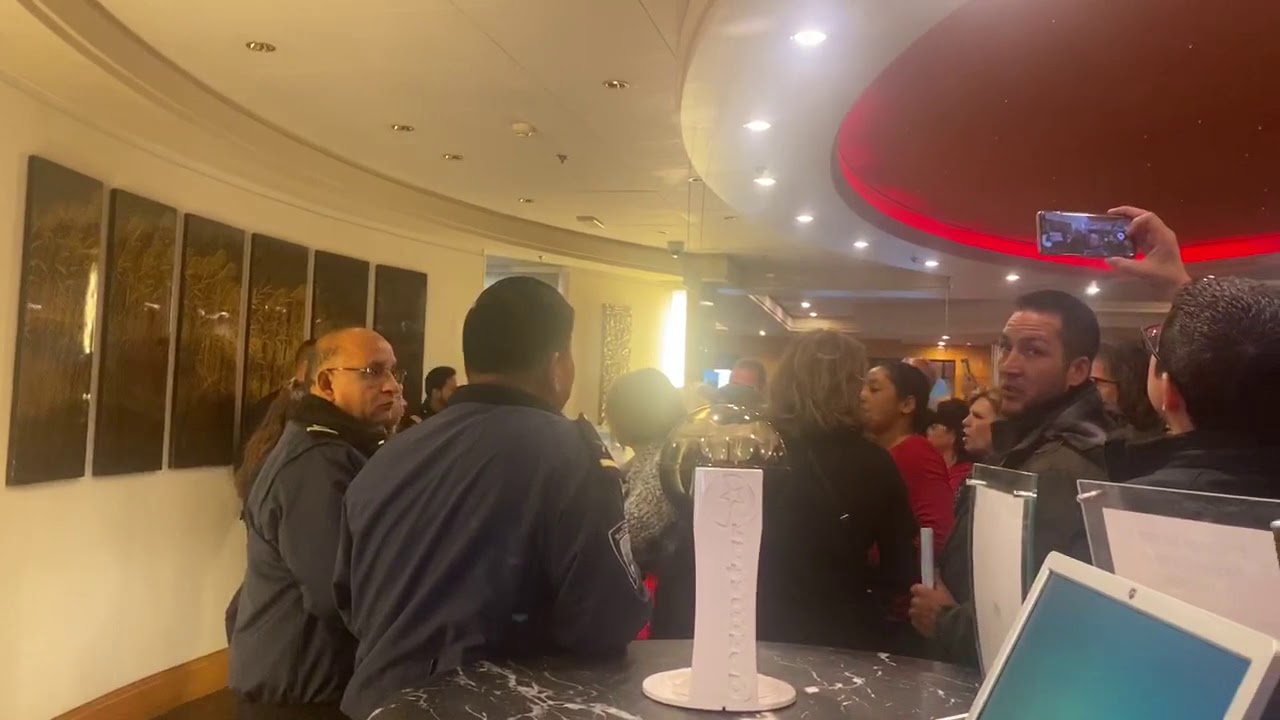 Passengers complained of stale food, overflowing toilets, missed ports and even staged protests aboard the Norwegian Spirit cruise ship earlier this week amid what many described as a “nightmare” voyage.

The two-week sailing departed Southampton, England on September 27 and was scheduled to stop in the Netherlands, Norway, Iceland, Northern Ireland and Ireland. However, the ship was forced to skip highly anticipated calls in Amsterdam and Reykjavik, Iceland due to poor weather conditions and other issues.

The resulting three days at sea prompted some of the roughly 2,000 passengers to revolt.

“There are a lot of angry people on this ship and the lack of adequate explanation as to what’s going on almost caused a riot this morning,” passenger Deena Roland told Mail Online. “It’s been a nightmare of a holiday, and now many of the toilets in the cabins are overflowing with sewage. It’s really not my idea of a luxury cruise break.”

Images shared on social media showed crowds of passengers lining up to speak with crew members, with some chanting to be let off the ship and others demanding refunds with makeshift signs.

Some passengers were so fed up that they disembarked the ship in Belfast and opted to find their own way home.

Norwegian Cruise Line issued an apology to passengers and is offering a 25 percent future cruise credit.

“Unfortunately, Norwegian Spirit’s itinerary was impacted by weather conditions. While nine ports of call were originally planned for the voyage, the revised itinerary allowed the ship to call to eight ports,” a Norwegian spokesperson said in a statement to The Telegraph.

“We are very sorry for any inconvenience and disappointment our guests experienced…We always do our best to provide our guests with a truly enjoyable and memorable vacation, but our very first priority is to ensure their safety and the safety of our crew.”

Norwegian Spirit is scheduled to return to Southampton on Friday.