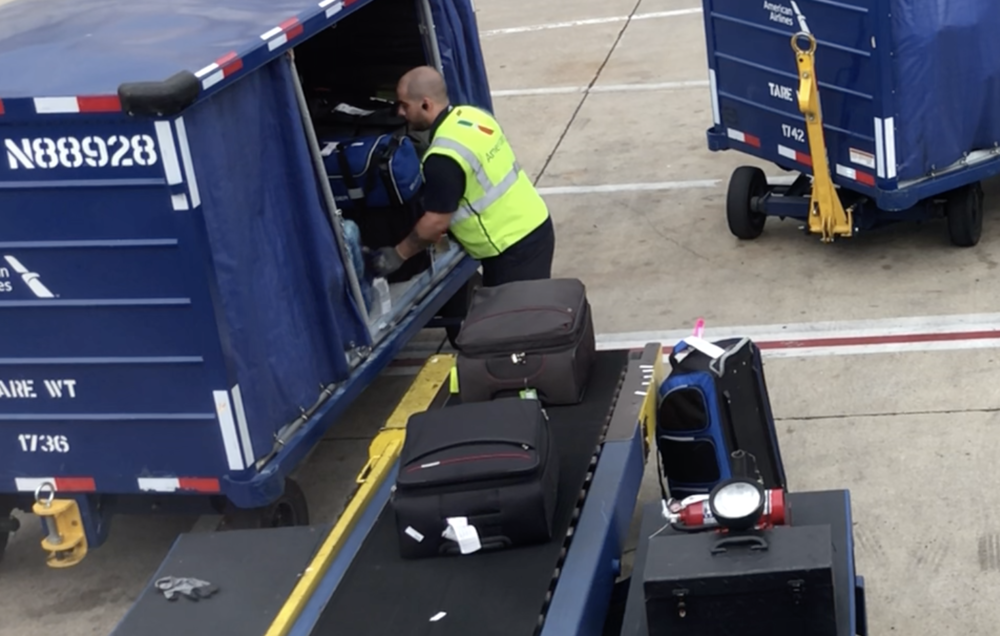 airlines-highest-baggage-fees” target=”_blank” rel=”noopener noreferrer”>Upgraded Points recently revealed their newest data study exploring the growing rate of U.S. airlines‘ baggage fees and the amount of revenue generated from those fees. Using industry data, Upgraded Points ranked the airlines based on the amount of fees levied, their rate of increase, and the overall airline income percentage those fees represent. In addition, the study also explored average fees paid by customers.

Airlines Who Made the Most in Baggage Fees

American Airlines generated the most revenue in total from baggage fees, probably because they charge much larger fees relative to other carriers, while also boasting a significant volume of passengers. But other notable airlines also took a hefty profit from baggage fees.

To see the complete study, including a greater breakdown of each airline by baggage-fee income ranking, visit HERE.

“We’ve all noticed that baggage fees have increased over the years; you feel the financial pinch every time you check-in to fly,” said Upgraded Points Founder Alex Miller. “But I think people will be shocked to learn just how much revenue those fees actually create for airlines. We’re talking a record $5.1 billion in baggage charges, just in the past year alone.”

The study looked at current data released by the Bureau of Transportation Statistics (BTS) for the year spanning April 2018 to March 2019. Upgraded Points read and evaluated the raw revenue data from baggage fees, while also calculating the percentage of increase from the previous year based on known rate increases from carriers like United Airlines, Delta Air Lines and American Airlines. Some results from the study are included below. Based on the previous year, all airlines increased their baggage fees an average of 8.6 percent; though there were notable exceptions of carriers whose baggage fees actually represented less of overall-income percentage than the previous year. The largest baggage revenue increase was Alaskan Airlines, by 40 percent. Some other individual breakdowns also demonstrated dramatic baggage-fee increases:

In general, baggage fees make up 3 percent of the overall operating revenue for all airlines, though some airlines rely on this revenue more heavily than others. For instance, while Spirit, Frontier and Allegiant are among the lowest-cost carriers, baggage-fees make up far more of their revenue than much larger carriers: 19, 16 and 14 percent respectively. Spirit Airlines generates the highest percentage of revenue from baggage fees because their customers pay the most in such fees. While Southwest charges the least in fees and do not charge for carry-ons, allowing passengers to check up to two bags for free.