The busy summer travel season brought crowded roads and packed flights. Unfortunately, inflight manners were in somewhat spotty in the skies this summer and the Jetiquette faux pas witnessed on flights around the world again have people asking “Why?” 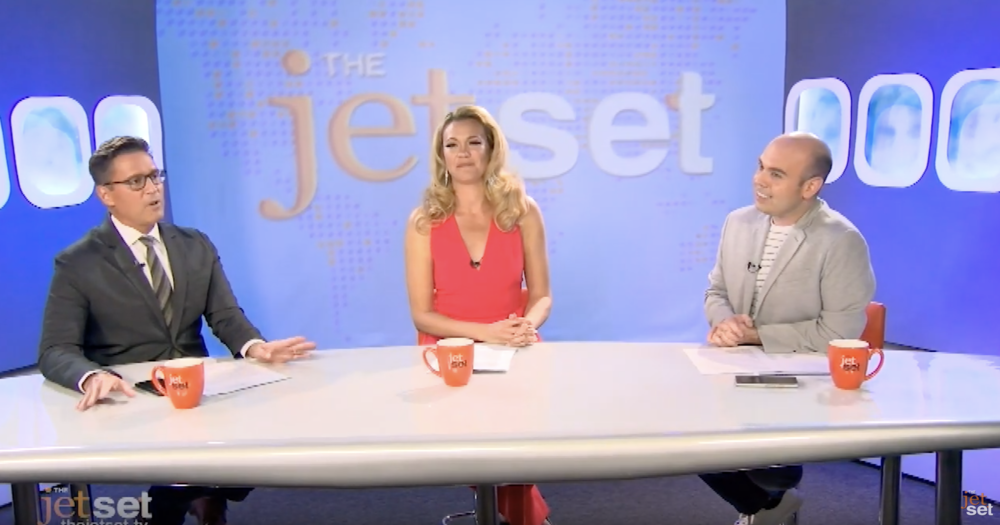 One traveler was filmed using her feet to scroll through inflight entertainment options to give her hands a rest. Maybe she’d been walking on her hands all day and they were pooped? The infraction was reported on Twitter by author Alafair Burke — whose friend shot the video. Ms. Burke thought it definitely belonged on Twitter and we agree — this is gross behavior that needs to be called out.

Footprints on the Bulkhead?

Andy Richter tweeted this photo of a gentleman sitting across the aisle that decided to plant his feet on the bulkhead for other travelers to get a good look at.

I hope no one is eating while reading this which is our point. Why should anyone be trapped on a plane with inconsiderate travelers who don’t think anything is wrong with this type of boorish behavior?

Flips flops on a plane are not appropriate as far as I’m concerned unless the plane is a seaplane and you’re literally landing on the beach. What do you guys think?